Imagine a world where you can view a three-dimensional digital hologram in high definition, from any angle, with no illusions and no special glasses. At Voxon Photonics we’re bringing that world closer to you.

The Voxon VX1 is the world’s first 3D volumetric display – a 3D, real-time, interactive hologram which can be viewed from any direction without glasses, headsets or special effects. 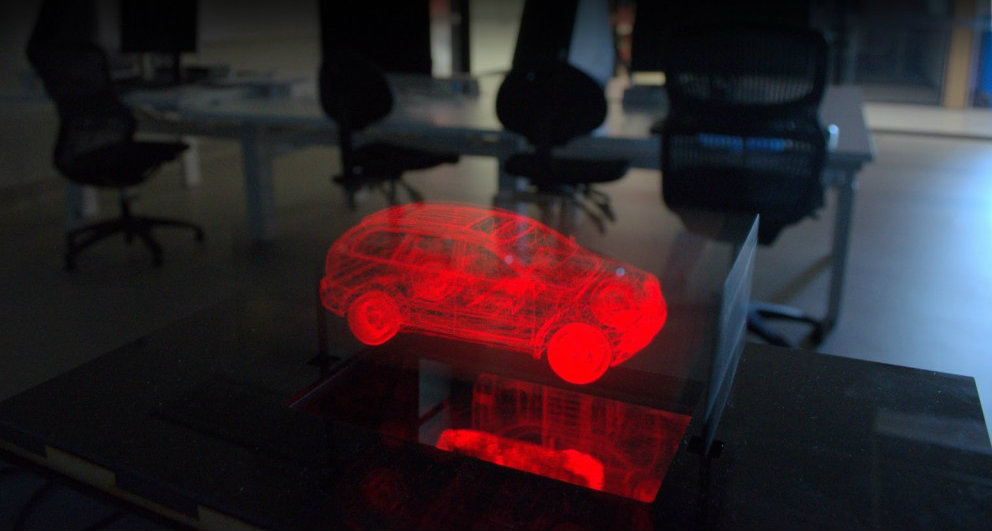 How is Voxon VX1 different to other 3D technologies?

A range of other techniques and optical illusions have appeared in recent times. One famous example was when rapper Tupac appeared as a hologram at Coachella. This was actually a simple 2D reflection – a technique called Pepper’s Ghost. Variations on this illusion include a pyramid of mirrors that reflect the image of a screen that is mounted above. While impressive, these techniques can only show a reflection of a two-dimensional image.

Our Voxon Photonic Engine is a 3D fully Volumetric display that you can look at from any direction without the need for special glasses. How does it compare to Virtual Reality and Augmented Reality?

The biggest difference is the fact that you don’t need to wear a headset. Our technology also enables a unique shared social experience, where people gather around and interact with genuine face to face communication.

Unlike anything you’ve ever seen

The science is absolutely cutting-edge. But emotionally, it couldn’t be simpler. When people see it in action for the first time, regardless of their age, interests or background, they’re instantly mesmerized. There, right in front of their eyes, is science fiction – magic – made real.

With the Voxon Photonic Engine we haven’t just taken graphic display to another level, we’ve launched it into a whole new dimension.

In technical terms, the Voxon VX1 is a volumetric display. At the core is an ultra-high-speed digital light engine and a highly-optimised volume rendering engine. This unique combination of hardware and software is capable of projecting over half a billion points of light every second into physical volumetric space.

Geometry that is being rendered is sliced up into hundreds of digital horizontal cross sections before being projected synchronously onto a specially designed high speed reciprocating screen. As the photons of light hit the screen, they are diffused and form a physical cross sectional image at precisely the right place in physical space.

Through persistence of vision, the human eye blends hundreds of layers together, and the result is a true three-dimensional representation of data that can be viewed in the same way as one would view a real object, from any angle, and without special goggles or glasses.

You can find out how to order one here…